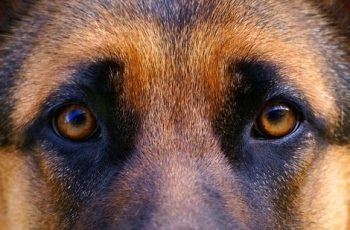 Choosing a favorable German Shepherd from the various types

Domestic pets like dogs serve different purposes, many homes have dogs, but the question is “do you plan well before getting a dog?” Planning is the key in getting a good German shepherd dog that can be very useful to you. It is essential to carry out a study or research on the various kinds of breed available in the market. It is a common phenomenon for dogs to be loyal and appealing, their appearance are always something good to behold, their natural make up comprises of various temperament exhibited towards strangers (which is usually barking and showing hostile approach) and also showing various energy levels and other activities which varies from different breeds.

It may or may not surprise you but sometimes these factors may also vary in any breed – just like the German Shepherds. Let’s take a look at the uniqueness of these German Shepherd dogs that can assist dog trainers and owners to make good use of the dogs. 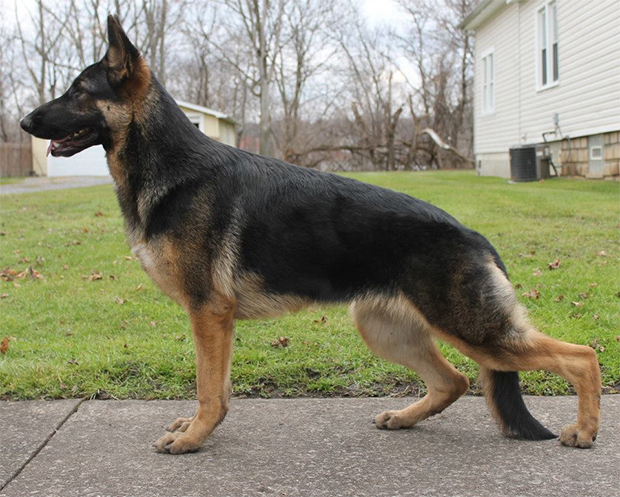 The German Shepherd dogs variety commonly referred to as “the American Show line’ are breeds also known as the AKC lines. These categories of dogs have the ability of blustering. They are often utilized to operate at the Westminster Kennel Clubb Dog show. These categories of dogs are specially trained to entertain at shows and they have the ability to easily conform to the training techniques for the purpose of the shows. Its unique features are its potentials, its color, its movement, good size, well built, its enormous angulations and its overall GSD high rating and looks is exceptional. These categories of dogs are usually longer and taller than most of its European lines or counterparts. They are colorful, you have them in solid black, solid white, black and tan saddle, and bi-color.

Another type of German Shepherd dogs which normally appears to be laid back, it possesses lesser energy and lower drive than the working lines types. The American show line German Shepherds are very good for pets at homes. They are usually known for unique qualities like being obedient, well known for great tracking ability, herding and shows qualities of agility when compared to working lines, American show lines are known for being active and having lesser power; however, its inability of being aggressive and qualities short of force where the law enforcement agents can use it for security purposes is one of the weakness of these in its characteristics. Hence, it is not suitable for human or personal protection or security purposes. However, some of the breeds can adapt to security usages but not all.

Post-WWII, the Berlin Wall separated East Germany and West Germany so the trade outside was ceased. This led to the preservation of the DDR/East German working lines’ lineage. This type of German Shepherds was originally bred for military purposes. That time, the government took control of this working line – protecting and insulating it from outside influence.

Each puppy of each litter is also inspected, tested, and examined for proper bone structure, coat quality, temperament, etc.

This type of German Shepherds is bred to endure terrible weather conditions and long working days. Their main purpose was to patrol territory borders, but they also worked as tracking and attack dogs.

These dogs had to have lasting endurance and athleticism. Unlike show lines, they also tend to be more aloof and defensive. 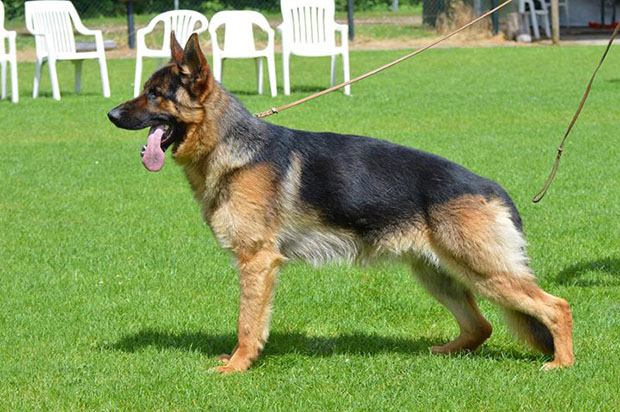 These categories of dogs have GSD’s well adapted for being attractive. Very good looking, but are not bred to conform to standards. The difference between these breeds and the American show line is that the West German Show lines have the ability to work more, it doesn’t exhibit any signs of being lazy, they have the potentials of working out hard and more adaptable to strenuous activities such as vigorous training and socialization too.

These breeds are very good with GSD’s that is close to that of the German Shepherd dogs. It was developed by Max von Stephanitz, a former president of S.V (i.e. Verein für Deutsche Schäferhunde) well known for his ability to set the requisite guidelines and standard for the breed. The West German Working Lines focuses more on stable temperament; it has strong drive and high level of working ability. 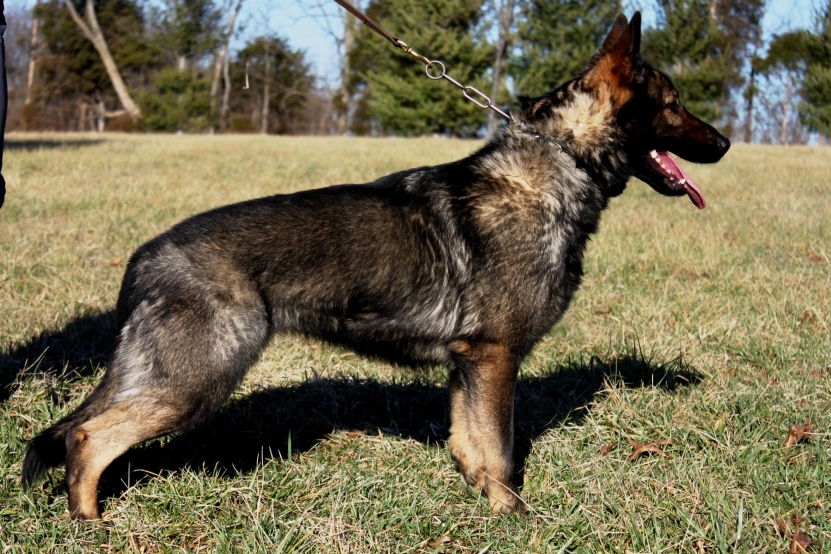 It also possesses handsome looks which has the tendency to show affection and admiration from people. It possesses color mixing features and finess. Its black colored lines are more slopped compared to the DDR/East German working lines – they are often energetic and active just like the East German working lines. Although, the West German lines show potentials of having health problems than the East German Lines. These type of German Shepherds however do normally excel at many sports activities and jobs such as giving protection, guarding and doing rescue and hunting or carrying out a search. Irrespective of the fact that both the German Shepherds and West German Working lines show strong similarity in strong drive, they also have the ability to determine how and when to maintain stability, calmness and they can settle down easily, these qualities or traits has made these breeds so amazing and good pets for the homes or at different families.

While there was separation in East and West Germany during the post world war II era and during the Berlin War saga, trading in the breeds had stopped. This circumstance led to the preservation of the East German working lines/DDR pedigree. In actual fact, these categories were foremost applied for military operation. However, government intervention in its usage led to extensive control on the usage of the working lines, it was however obvious that it was for the purpose of protection from over influencing on the breeds.

They where specially trained to adapt to military and security operations such as carrying out searches, defense function, territorial patrols, border patrols and used for tracking, attacking and subduing criminals in war torn zones etc.

These breeds showed more lasting endurance, athleticism which was quite different from what the show lines breeds could do. They showed great qualities in defense operations and being unfriendly.

These categories of German Shepherds comes from the renown Czechoslovakia, a communist country. Czech Working Lines German Shepherds breed were mainly utilized in territorial or border patrol work. The foremost and well developed breeds were used in the Czech Military operations. The German Shepherd have great potentials in terms of work drives. They are often very agile and aggressive than other lines. They were used in the Czech socialist Republic and develop through a strict breeding program that gave rise to their qualities. 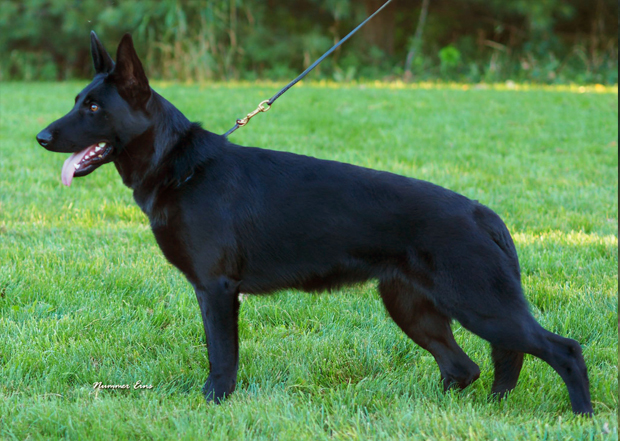 Just like the East German working Lines, which is powerful and aggressive the Czech working lines showed similar qualities. Its coats are developed into a dark pattern or pigments. They are very good and they do well in security jobs, defense and protection.

We have now noticed and seen why we really need to chose from the varieties of Germen Shepherds dogs which is suitable for us. Some are good as pets, some are good for personal protection and securities reasons. It all depends on what we need them for.

It might also interest you to know that after the Second World War, the German shepherd dogs breed assumed a very popular status. Years after the war, the American lines and European lines showed little differences in characteristics both physical and in mental abilities. There was hardly enough details on standards until the various lines began to function in different activities, initially there was a thin line in differences. But however the focus on various breeding deviation, breed formation and conformation to standard brought out the different qualities of each breed and the ability for it to be suitable for different purposes. 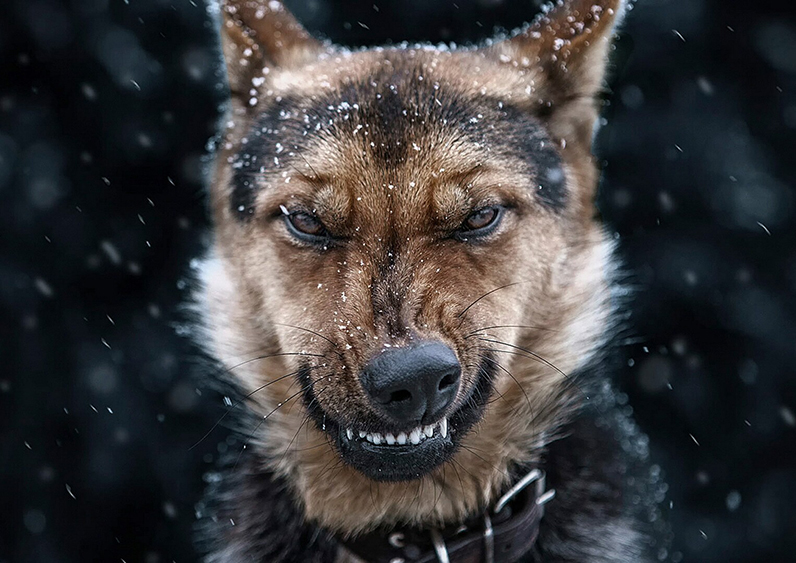 German Shepherds have a long standing history as guard dogs, trained to serve, protect and intimidate. They’ve been cast in action films and awarded medals of honor so is it really any wonder why we would want one for ourselves?

If you’re left unconvinced about the range of benefits that come with adopting a German Shepherd of your own, read on.

Here are 15 reasons why German Shepherds make the best pets:

15 -They are obedient and easy to train

German Shepherds actually enjoy learning and taking orders which makes the training process far simpler and more enjoyable than it is with other breeds.

14 – They are loyal and protective

If given proper training and a bit of TLC, your German Shepherd will become extremely loyal to you and in turn become protective. This means that they will love you unconditionally and if the situations arises, you know they’ve got your back.

13 – They are highly intelligent

Their intelligence is made up of all of their amazing and special traits – obedience, curiosity and a real thirst for mental stimulation. This is why they are often recruited as police dogs.

12 – They are wonderful companions

Once German Shepherds have attached to you, their sweet and friendly nature becomes an extreme positive. This is what makes them an ideal family dog.

German Shepherds are an extremely high-energy breed which means that they will encourage you to become fit and healthy too! They love a lot of outdoor exercise so take it as an opportunity to get active with them.

10 – They are healthy dogs too

Unlike many dogs of a larger breed, German Shepherds have very few health related risks when kept on a healthy diet and given enough exercise. The main concerns are in regards to their hip and elbow joints, but are avoidable if kept healthy.

Their heroic nature is part of the reason why many German Shepherds are used in police forces. They have been awarded medals of honor for their service and bravery and are responsible for saving the lives of thousands of people.

8 – They are awesome family dogs

If you socialize your German Shepherd pups when they are young, they will grow up to be fantastic playmates for young children.

While they may not seem it, German Shepherds really can adapt to any kind of lifestyle or living situation. As long as they are given plenty of exercise, they can adapt to suit your needs.

6 – They are low maintenance

German Shepherds require little to no grooming at all. Their beautiful natural coats can remain that way without any special care, which means expenses for you.

5 – They come in a range of colors

While you might think German Shepherds all come in variations of the same black, tan and brown coloring, you’d be wrong. Some of the less common colorings include solid coat colors of blue and white.

4 – They can be friendly to other pets

They may seem like a breed that craves dominance over other animals, but that is certainly not always the case. When socialized early, German Shepherds can even become quite timid and gentle with other pets.

3 – Even if they aren’t – they look intimidating

German Shepherds emanate the kind of look that says ‘do not mess with me’. Their reputation coupled with their larger frames means that people are often quite afraid of the breed regardless of how docile or friendly they might actually be.

2 – They will accept those you trust

While German Shepherds might be standoffish and protective of you around those they don’t know, this will change quickly as they learn to trust new people and familiarize themselves with them.